Today, there’s a small cryptocurrency that’s making a big move. Earlier this morning, Celo (CRYPTO:CELO) surged to as high as $4.72 per token, representing an increase of nearly 30% since yesterday’s close. This rapid move has been quickly corrected, though Celo does remain 5.2% higher over the past 24 hours, as of 12:30 pm ET. This move comes amid more downside momentum in the crypto world today, with the overall market down 3.4% at the same time.

Yesterday’s announcement that crowdfunding platform Kickstarter would be migrating to a platform based on the Celo blockchain has provided a key catalyst for this cryptocurrency. It appears investors primarily in Asia jumped on this catalyst, with Celo’s outsize move happening during trading hours there. 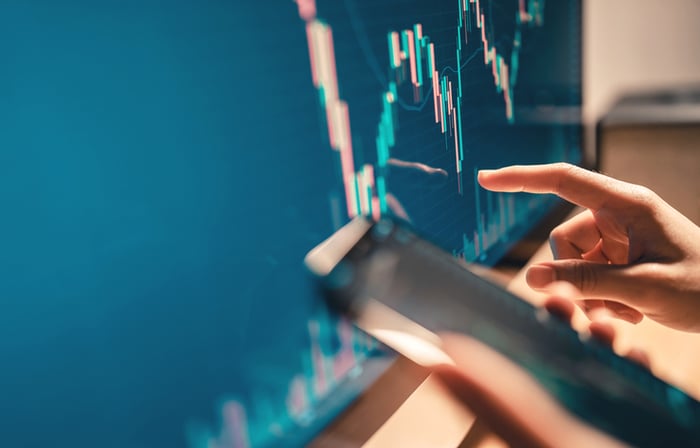 Celo is a top 100 cryptocurrency, but one many investors may not have heard of. With a market capitalization of “only” $1.4 billion, it’s a relatively emerging player in the crypto scene.

What makes Celo special is this blockchain ecosystem’s focus on increasing crypto adoption among smartphone users. For platforms like Kickstarter looking for more market share among mobile users, as well as those without banking access, Celo’s platform is enticing.

Additionally, it has been pointed to as an excellent blockchain network from an environmental standpoint. This network’s proof-of-stake network has allowed Celo to become carbon negative, something Kickstarters like. Given the attention that’s now being paid to energy usage in the crypto world, Celo’s environmental positioning is something worth considering. At least, Kickstarter executives think so.

The world of cryptocurrencies is a vast, fast-moving space. It’s impossible to keep tabs on every one. Indeed, Celo is a blockchain network that may not have gotten the attention it rightfully deserves.

This announcement could pave the way for further partnerships and adoption of the Celo blockchain. Accordingly, the sharp spike we’ve seen with Celo of late appears to be warranted.

It should be noted that Celo tokens remain approximately 65% ​​below their 52-week highs. Thus, this is a small-cap token many investors may want to take a flyer on right now.